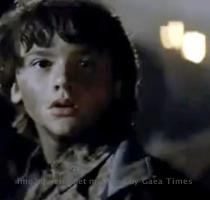 LOS ANGELES (GaeaTimes.com)- The much awaited “Super 8” movie trailer kicked off last night during the Super Bowl. Producers picked up the right occasion for showing the movie promos for the Super Bowl is a major event that is witnessed by the whole nation even. No matter even if their teams fail to reach the finals, every American certainly does not want to skip a Super Bowl game especially a finale where two top teams, Green Bay Packers and Pittsburgh Steelers are battling it out.

Teasers of the movie which had earlier appeared let audience guess that the forthcoming summer flick is a mystery which has been produced by none other Steven Spielberg who is a veteran of the mystery and horror flicks. According to sources, the movie starring Kyle Chandler, Elle Fanning, Ron Eldard, Noah Emmerich, Joel Courtney among others is slated to hit the theaters on June 20, 2011. Knowing that every house will have its television switched on for the big game, commercials that are given during the Super Bowl game are the most top rated ones. The same went for the super secretive movie “Super 8” that is has an American small town set as its backdrop.

Those who watched the 30 seconds “Super 8” movie trailer on Sunday night by now has already guessed that the plot has been framed in such a manner that it sure to give the audience a hair-raising experience. A pick up truck colliding with a train with the train suffering derailment, a little boy riding his bike on the fields, all these does give the viewer an eerie feeling. The Paramount Pictures distributed movie has been directed by J.J. Abrams of “Lost”, “Cloverfield” and “Mission Impossible III” fame.