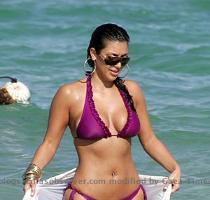 LOS ANGELES (GaeaTimes.com) — The 30-year-old actress, is said to have topped the list by US-based website The Daily Beast after earning $6 million in 2010. She appears alongside her family in hit show ‘Keeping Up with the Kardashians’ as well as starring with sister Kourtney in ‘Kourtney & Kim Take New York,’

Highest-paid reality TV stars in 2010 according to The Daily Beast: