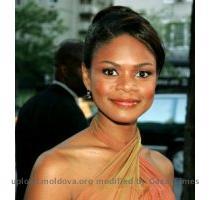 LOS ANGELES, (GaeaTimes.com)- “For Colored Girls” has been released today. The film is the adaptation of the renowned and one of the most celebrated theaters of all times, “For Colored Girls Who Have Considered Suicide When the Rainbow Is Enuf” by Ntozake Shange. This time, it was Tyler Perry who directed the “For Colored Girls”, that stars Kimberly Elise, Janet Jackson, Loretta Devine, Thandie Newton, Anika Rose, Kerry Washington, Tessa Thompson, Phylicia Rashad, Whoopi Goldberg, Macy Gray, Michael Ealy, Omari Hardwick, Richard Lawson, Hill Harper and Khalil Kain. Kimberly Elise, plays the role of Crystal, a leading character.

Kimberly Elise was influenced by the play, when it was released in 1974. It gave her a view of the darker sides of a woman’s life. Therefore, when she was offered the role of Crystal, she could not turn it down, as so many women are still there who are voiceless like the character she portrays and are constantly subjected to domestic violence and rapes. Crystal’s husband is a war veteran husband, suffering from post traumatic stress disorder, and vents his spleen on his wife. On the other hand, Jo, played by Janet Jackson, is an established editor of a magazine, but her husband has a secret life and another lady in his life. . Juanita, played by Loretta Devine, is a relationship counselor, but she cannot settle her own turbulent love life.

The movie is women centric and focuses on the personal problems of the three protagonist women, who stay in the same Harlem apartment building. Their personal problems bind them together, as they fight the male chauvinism. Janet Jackson, Loretta Devine and Kimberly Elise played their respective role with full conviction.

LOS ANGELES, (GaeaTimes.com)- "For Colored Girls" has been released today. The film is the adaptat...

LONDON - Singer Rod Stewart has blasted Russell Brand over the latter's claim that he slept wit...

'Tubeless toilet paper' to drive away your bathroom woes!

WASHINGTON - It's a pesky thing to get that last bit of toilet paper off the cardboard tube but a ne...

LONDON - Singer Cheryl Cole confirms that the Girls Aloud group is set to come back together, as the...

LONDON - A simple treatment that could end the need for painful hip and knee replacements is being...

LONDON - The day is not far when painful hip and knee replacement surgeries would be history...
Copyright© 2010 The Gaea Times