“For Colored Girls” Review Gives A Thumbs Up 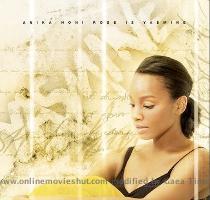 LOS ANGELES, (GaeaTimes.com)- “For Colored Girls” the latest buzz in town revolves around the life of a few black women who live in the same apartment. It showcases the various personal problems in their lives. Although it gives an impression about the ‘in between the sheets’ affair of the blacks, the problems that these black female protagonists face are not completely new to others. Every women from every community are subjected to the same frictions that almost every chauvinistic society offer. The review will seem good for those who like to get a taste of the darker sides of life. However, if someone is looking for spice and entertainment, this flick is not for them.

“For Colored Girls” review says that the film is rather women centric, revolving around the life of four ladies belonging to the same neighborhood, hailing from different social and economic background. It is based on the poem-play by Ntozake Shange, called “for colored girls who have considered suicide/when the rainbow is enuf”. It interweaves the dark life of these few women. It explores the various aspects and complications of a relationship that they need to face on a day to day basis. One of them is harassed by an abusive husband, a war veteran suffering from post war traumatic effect. Another women is more established but has a disloyal husband with a secret life. Yet another lady, who is relationship counselor herself, is having a turbulent and unresolved relationship problem in her own life and struggling to give it one last shot before rejecting her boy friend.

Review says that “For Colored Girls” will end making you feel morose yet connect to those women. However, despite all the domestic violence, rapes, abuses, unsafe sex, at the end it show a light at the end of the tunnel and motivate the viewers to move on rather that be stoic. The movie successfully charges up ones motivation and hope.