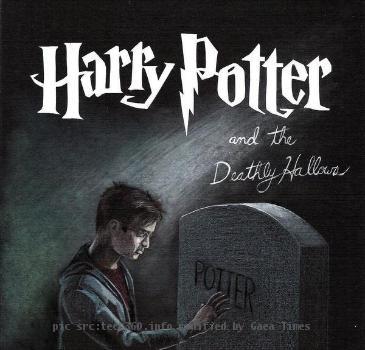 Way too good! Well, that would be my call if the previous six installments to the epic is counted on. Indeed, they seem to have realized the necessity of thrills, emotions and drama in a movie. This isn’t a story book, so you can’t expect people to imagine thing’s for you, well that’s your job making things easy for the viewers, tantalizing their sentiments.

Now, as far as HP 7.1 (that’s what people have made out of the huge un-manageable name) is concerned it happens to be a well packed entertainer, much better thrills, close-calls that are sure to deliver the audience with a big awe. Then there are improvised action sequences and the time line for the fight scenes have been to some extent incremented. The most important notable issue is that they crew have successfully added enough emotions to make it look like a movie unlike in the previous parts where the climax seem to have lead the people to no man’s land. Remember the death of Sirius Black in the fifth film? I mean even when the credits were rolling i was kinda thinking on whether they meant that he’s dead. C’mon where’s the afterglow? Thankfully, they somewhat managed the situation well as Albus Dumbledore gets assassinated by the death eaters. Now, though the post death scenario turned up to be equally boring and lacked flavor of sorrow. Professor Albus being one of the main protagonists sure deserved better.

Anyways getting back to the present, the finale has started off with a blast and has prepared enough ground for HP 7.2 (scheduled in July) to make its royale release. The movie approximately takes you into a two and half hours magical trip and it’s worthy to watch it atleast once. As it is the main focus for you while watching should be on the nice presentation of the whole thing with some interesting sequences among which includes the one where our heroes infiltrate the Ministry of Magic under the guise of a poly-juice potion. If not more I would give HP 7.1 a rating of 7.1 (that’s what my radical mind says), though personally, I really really feel it deserves a count of 8.

LONDON - The couple who supplied owls for a Harry Potter flick have landed in a legal trouble. Vero...

LONDON - Rupert Grint thinks he would have become an artist if he had not decided to pursue an actin...

NEW YORK - 'Harry Potter and the Deathly Hallows: Part 1', made a grand opening with 330 million dol...
Copyright© 2010 The Gaea Times