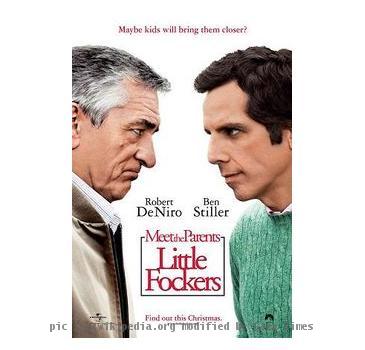 LOS ANGELES (GaeaTimes.com)- Robert De Niro and Ben Stiller are set to return to the big screens with another installment of their ‘Fockers’ trilogy this December. ‘Little Fockers’ promises to be the ultimate Christmas gift for the fans of the comedy film as there are two new additions to the Fockers family. This year the drama will revolve around Greg (played by Ben Stiller) and Pam’s (played by Terri Polo) twins Samantha and Henry and Jack (Robert De Niro) also finds out that Greg is in fact the heir to the Byrnes-Focker patriarch which is called the ‘Godfocker’ in the movie.

The theatrical trailer of the film has already created waves on the web. A shorter trailer of the film was released last month but it failed to get any attention as the fans found it disappointing. Many felt that it would be the same plot of Jack being suspicious of Greg but the new trailer shows that the tables might have in fact turned. There were also some rumors floating about Dustin Hoffman who was reportedly unhappy with the script and did not want to play the role of Ben Stiller’s father in ‘Little Fockers’. Fans can be rest assured, however, after watching the trailer as the veteran makes a hilarious return to the comedy. Owen Wilson and Jessica Alba also make a return to the film and the trailer makes it clear that it will be one star studded ride for the audience this Christmas.

‘Little Fockers‘ has been directed by Paul Weitz and is due to release on December 22. The film, reportedly takes off ten years from where it ended in the second installment.