Harry Potter Series Motivate Fans for a Social Cause 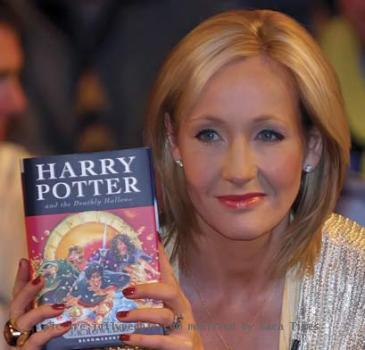 LOS ANGELES (GaeaTimes.com) — Midnight Thursday is going to witness a long awaited event as the Harry Potter fans will be going to watch the first screening of its latest movie Harry Potter and the Deathly Hallows: Part 1. Amidst of all these Karin Westman, associate professor and expert on the Harry Potter series, has found out that this J.K Rowling series of novels have inspired many fans to do something good for the common mass.

Both the movies and the books have been a source of inspiration in the fraternity of art and culture like music, fan fiction, textile creation, artistic designs and costumed play. There are many Wizard rock bands that have formed such as Harry and the Potters, The Whomping Willows and The Remus Lupins.

The craze and the love for Harry Potter is not only bound to forming music bands. Many charity organizations such as the Harry Potter Alliance have come into limelight that are3 dedicated to work on the principles of social justice and anti-prejudice as depicted in the books. Don’t you think that fans are doing really a great job by implementing Rowling’s themes for the well-being of the community.

LONDON - The couple who supplied owls for a Harry Potter flick have landed in a legal trouble. Vero...

LONDON - Rupert Grint thinks he would have become an artist if he had not decided to pursue an actin...

NEW YORK - 'Harry Potter and the Deathly Hallows: Part 1', made a grand opening with 330 million dol...
Copyright© 2010 The Gaea Times