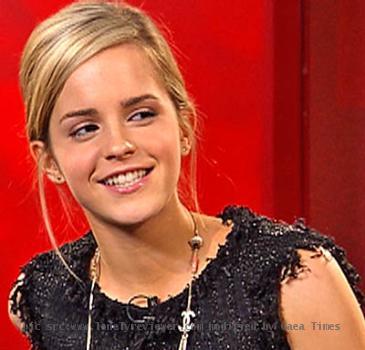 Emma Watson known as Hermione Granger in Harry potter films chose to study in the US rather than the British University because she loves to stay anonymous. She has stated

I’m more anonymous, and it’s a good feeling. I’m actually quite a shy person, believe it or not, so I find it quite hard to deal with being famous sometimes so it is a nice break.

Her much hyped movie Harry Potter And The Deathly Hallows: Part 1 is going to hit the theaters on November 19.

LONDON - Emma Thompson, who was criticised for her plans to take her 10-year-old daughter Gaia out o...

LONDON - A hot-wax mask is nowadays the latest rage in skin care - the paraffin wax facial is a ther...

LONDON (GaeaTimes.com) -- If something is getting more popular over the internet than the search...