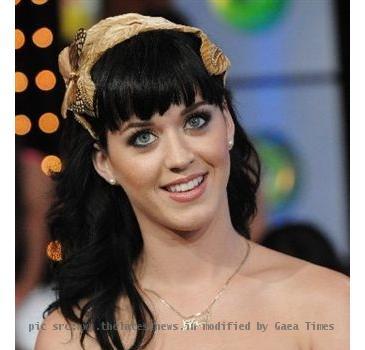 LOS ANGELES (GaeaTimes.com) — After her recently announced “California Dreams” concert got sold out, Katy Perry has come forward to announce the second leg of her tour for late 2011. The live tour will be a 12 date Arena tour stretching from Oct 12 to Nov 7 and will begin at the Motorpoint Arena in Sheffield.

The pop sensation Katy Perry had a great time last year. Beside marrying famous British actor Russel Brand, Katy also won 4 nominations in the upcoming Grammy Awards. The singer has 3 British top 10 hits attached to her name this year, including “California Gurls”, “Teenage Dream” and latest single “Firework”. The combined sales of the three singles are close to 1.4 million copies in Britain alone and her new album “Teenage Dream” has been topping the charts as well.

Tickets for all Katy Perry’s upcoming tour show will be available or an exclusive pre-sale Dec 8 and will go on general sale from Dec 10. Keep an eye on this site for more updates. Till then check out Katy Perry’s sensational song video “Teenage Dream“.

LOS ANGELES (GaeaTimes.com)- Florence and the Machine delivered another sizzling performance on ...
Copyright© 2010 The Gaea Times