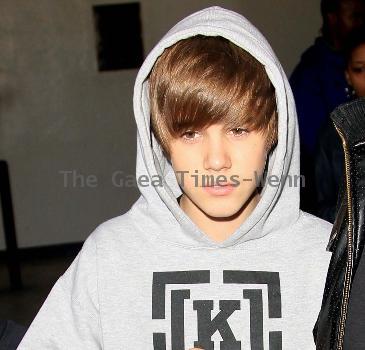 LOS ANGELES (GaeaTimes.com)- Justin Bieber’s dad has come to reveal his identity. It has been found out that the 16 year old Canadian pop star’s father is a man named Jeremy Bieber. Jeremy Bieber now lives in Canada and has remarried after he split with Justin Bieber’s mother. He has two young kids named Jaxon and Jazmyn who are Justin Bieber’s step siblings.

The dad of the young rock singer seems quite confident about his son’s talent and says that he knows Justin Bieber has got immense talent and will continue to stay in the field of music for a long time since he has already carved a place out for him. Both Justin Bieber and his dad share the same ’seagulls’ tattoos which certainly highlights the cordial relation that the father-son duo still shares between themselves. This latest news about his personal life is surely going to act as a catalyst in his on going tour concert named “My World”.