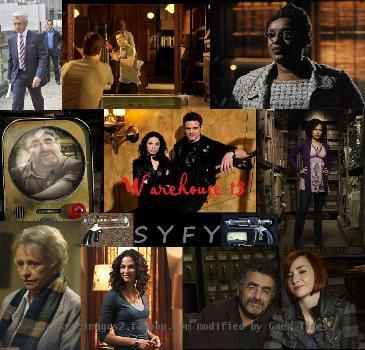 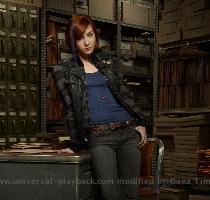 LOS ANGELES (GaeaTimes.com)- The ‘Warehouse 13‘ fans were in for a real treat on December 7 as the SyFy aired the holiday special episode called ‘Secret Santa’. The episode saw the series get into the fun holiday mood with some hilarious moments that is sure to stay in the minds of the fans who have missed the show since it aired last in September.

‘Eureka’ which also aired its Christmas special episode on December 7 was also well received by the SyFy fans. The episode was called ‘O Little Town’. ‘Warehouse 13‘ on the other hand had a more holiday feel to the episode with the plot being loosely based on Christmas Carol. Paul Blackthorne played the shrewd businessman who thinks that ‘Mom and Pop’ stores are a bad idea and the real essence of Christmas can be found at the malls where the people spend money. In the episode Pete and Myka are assigned the tough task of tracing the rogue Santa while the rest of the people at the warehouse are busy celebrating Christmas. Considering that Myka is seen part of ‘Warehouse 13′, it is clear that the show does not follow the continuity of the last-aired episodes.

‘The ‘Secret Santa’ episode of ‘Warehouse 13‘ episode also had a warm family feeling to it. Claudia tries to surprise Artie who on the other hand hates surprises. Even Claudia herself is in for a shock when she comes across Artie’s father. The interaction between Artie and his father, played by Judd Hirsch is also heartwarming and interesting. While fans enjoyed the show, some might be hoping that the network could be ordering for another holiday special.