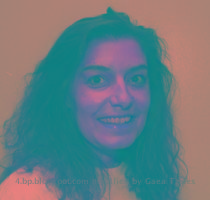 LOS ANGELES (GaeaTimes.com)- Iconic groupie Connie Hamzy spoke about the rock stars on the radio hosted by Howard Stern. Members of some of the best known bands in the world are included in her list of conquests but the celeb spoke about a select few that stood out in her opinion. She also revealed on the show that Alex Van Halen, the drummer of the iconic band, was the best lover that she had in her life.

Peter Frampton’s details turned out to be completely hilarious for the listeners as Connie Hamzy compared his male organ to her little finger. She also spoke about Huey Lewis and said that his sex organ was the biggest that she had encountered in her life. Considering that she had bedded stars from Led Zeppelin, The Who, The Eagles and even the country legend Willie Nelson, the feat can be called quite an achievement. While some of the fans might have found the intimate details of the favorite rock icons quite delightful some might have cringed at the comparisons.

Connie Hamzy also spoke about her life in 70s and 80s and said that she got the kicks from the rock star lifestyle. She said that she felt good surrounded by some of the biggest names in the music industry of the time. In spite of being a well known groupie, she said that the rock legends respected and even protected her. Connie Hamzy has also released a book on her exploits with the rock icons. Though the book is out of print now, some fans of the Howard Stern show are sure to start searching for it now.

MELBOURNE - Stand up comedian John Cleese, who has been married thrice, is frolicking these days an...

With phone and game launch, Microsoft looks to bounce back

SAN FRANCISCO - Better late than never. That was Microsoft's unspoken mantra Monday as its Windows P...

CALIFORNIA (GaeaTimes.com)- Eddie Fisher - the pop singer who was extremely popular in the ...

CALIFORNIA (GaeaTimes.com)- Eddie Fisher, who was a rising star in the US music circle in th...
Copyright© 2010 The Gaea Times