Bebe Winans Promotes His Own Show 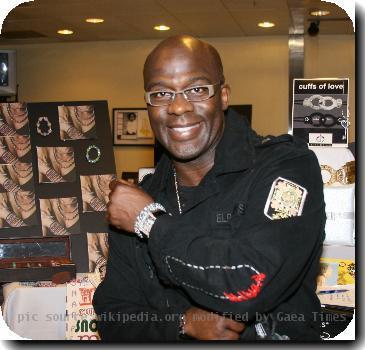 NEW YORK CITY (GaeaTimes.com)- Gospel singer Bebe Winans appeared on the Howard Stern radio show on Sirius XM recently to promote his own show on the same network. The singer was invited by the popular radio host on Wednesday morning. Howard Stern, however, made use of the opportunity to play matchmaker for his co-host Robin Quivers. Over the last few weeks Howard Stern has been talking about his job as the matchmaker for his co-host and when Bebe Winans came on the show he said that he could be the ultimate lover for life for Robin Quivers.

Robin Quivers, however, was not too impressed by the blind date that Howard Stern set her up for. She said that she was disgustingly uncomfortable with the idea and thought that she and Bebe Winans did not have anything in common. Bebe Winans spoke about his own show where he will share with his fans his love for gospel music and also talk about other prominent artists that he has come across in his career. Fans are also expecting that some of the big names in the music and entertainment industry will appear for interviews on the show.

Bebe Winans said in a recent interview that he is excited to join the Sirius XM family. He also said that the show will give him a chance to reach out to the millions who enjoy music. Bebe Winans was in the news for the domestic violence charges that his wife had filed against him. Though the charges were dropped finally, his custody battle with his wife became a huge media spectacle.