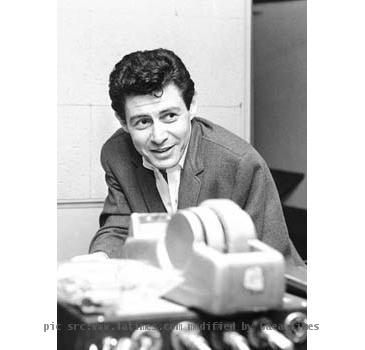 CALIFORNIA (GaeaTimes.com)- Eddie Fisher - the pop singer who was extremely popular in the 1950s passed away on Wednesday at 82 in his California home. The pop singer was suffering from a complication related to a recent hip operation, his family members said. The singer became famous both for his songs which were chart busters in the 1950s and his own TV shows. However, his fame as a singer was later overshadowed by the series of scandals regarding his numerous marriages and break ups. He married five times in his life and three of those marriages were with high profile celebrities like Elizabeth Taylor, Debbie Reynolds and Connie Stevens. These marriages did not last for long and his breakups became topics of raunchy media gossip even in those times. He admitted candidly in his autobiography that his affairs made him more popular than his music career.

Eddie Fisher also earned a name for working in movies like Butterfield 8 and Bundle of Joy. Carrie Fisher and Carrie Fisher, two of his daughters also became actresses later. The singer was inducted into the coveted Hollywood Walk of Fame. The singer was very popular among teenagers in his heyday and his dramatic voice was simply unmatched.

Eddie Fisher’s name got involved in his high profile marriages and scandals in the 1960s that tarnished his image to an extent. He was loved by his daughters who said to the media after his demise that the world lost a talented music artist with hos death. Carrie Fisher, one of his daughters wrote in Twitter about her father’s failing health sometimes back.