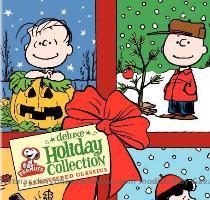 LOS ANGELES (GaeaTimes.com)- Its good news for all you people who have been eagerly awaiting for the arrival of the Peanut gang. The gang will be featuring themselves on the television screen tonight. All thanks to ABC who will air “A Charlie Brown Christmas” on December 7 at 8 pm. With the onset of the festive season how can the Peanut gang stay aloof from us. After all they are the ones who reflect the true spirit of Christmas.

As soon as it was showcased it went on to become a big hit and as per the records acquired a viewer ship of almost 45 percent. It then went on to win good reviews from many popular magazines. Since then it has come to rule the television screen during the holiday season as people consider it as a must watch. “A Charlie Brown Christmas” has even gone to receive the honors of getting the Emmy and Peabody Awards.