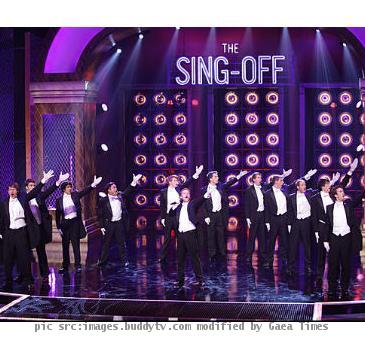 LOS ANGELES (GaeaTimes.com)- When the NBC reality show “The Sing-Off” made its debut in the month of December last year, it was able to win phenomenal success with its talented bunch of a cappella groups which competed against each other to win the singing competition. With just four episodes, the reality show was able to win the hearts of the viewers who throughly enjoyed watching the a cappella groups trying their best to win the prize money as well as a recording contract. So, it definitely did not come as a bolt from the blue when the premiere episode of the season 2 was able to generate extensive hype among the viewers who were waiting with high anticipation to catch the first episode of “The Sing-Off” season 2.

“The Sing-Off” season 2 comes with some added highlights for its ardent followers as in the latest competition the number of a cappella groups competing for the title has been increased from eight to ten. At the same time, the viewers would get to witness the fine singing for five nights instead of four with each of the episode lasting for two hours followed by a grand finale which is scheduled to be aired on December 20.

Some of the a cappella groups who were able to enthrall the judges as well as the viewers with their spectacular performances includes Eleventh Hour, Jerry Lawson & Talk of the Town, Groove for Thought, Street Corner Symphony, to name a few. However, lady luck was surely not smiling at the Boston based a cappella group Pitch Slapped, which was eliminated in the first episode of “The Sing-Off” season 2.