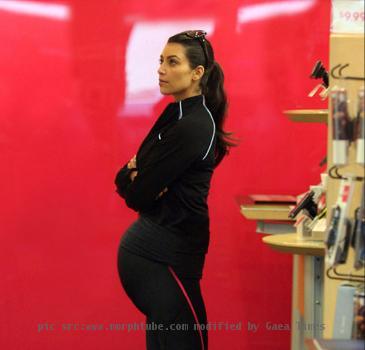 LOS ANGELES (GaeaTimes.com) — Well, this is the mother of all rumors we have heard till now regarding Kim Kardeshian. It has been reported that Kim Kardeshian is pregnant with Kanye West’s baby.

According to a secret source who is very close to both Kim and Kayne suspects that Kim’s pregnant and Kanye is the father. Both Kayne and Kim has been seeing each other for a long time. but they had several break-ups in between. But, last summer they were seen together for a pretty long time.

Although no official comment has been made by both Kim Kardeshian and Kanye West, some of the people are calling this story ‘beyond ridiculous’.

However, as the news is coming from a close source, one cannot easily dump the probability of Kim Kardeshian getting pregnant. What do you think people? Do feel free to comment!