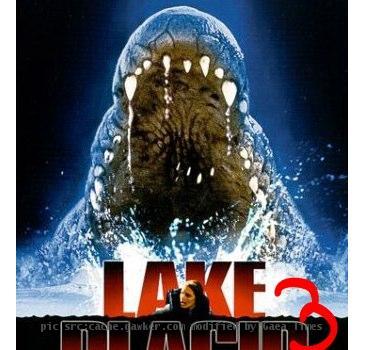 LOS ANGELES (GaeaTimes.com)- Those who are fond of watching reptile flicks can check out the latest installment of Lake Placid that was shown in the SyFy network last night. ‘Lake Placid 3′ returns with the usual bunch of CGI crocs and a married couple with some other characters. Colin Ferguson essays the role of Nathan Bickerman a game warden and zoologist who comes to Lake Placid with his spouse and baby. The place has no cell phone signal zone and he is told that the lake infamous for its killer reptiles is now clean.

There are a bunch of teenage boys and girls thrown in the plot and their interaction barely provides a scope for relief from the usual croc chasing men stuff. The child is left neglected by his parents and desperate for a pet he starts feeding the giant crocs on the lake with the meat kept in his freezer. The role of the warden’s wife is played by Kirsty Mitchell who does a decent job of it. Yancy Butler plays the role of ill tempered babysitter. She is always game for animal killing. Michael Ironside as the sheriff delivers a credible performance in ‘Lake Placid 3′. He does not have much scenes though.

As one can understand in ‘Lake Placid 3′ CGI plays as important a role as the protagonist. However, the animation team could have done a better job. Compared to other SyFy animal and monster movies this one does seem a tad insipid. Those who have seen all three movies in the series would feel the second one was better than the third.