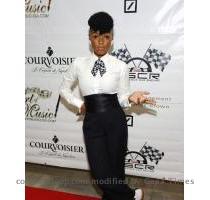 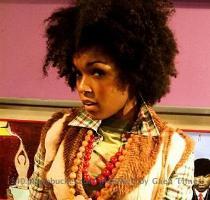 LOS ANGELES (GaeaTimes.com)- The audience were treated to some high energy funk from the music sensation Janelle Monae at the ‘Dancing With The Stars’ results night. ABC aired the show on Tuesday and fans all over have been scrambling the web to get more details of the stunning singer/songwriter who took the stage by storm.

Janelle Monae has released her latest single, ‘Cold War, earlier this week. On ‘Dancing With The Stars’, Janelle Monae performed her hit song ‘Tightrope’. Coming from the sold out show in London earlier this month, the ‘Dancing With The Stars’ stage provided the right platform for the funky singer to showcase her immense talent. Pop star and husband of supermodel Heidi Klum, Seal also performed on the show.

With the ArchAndroid album being a huge hit, Janelle Monae looks on her way to superstardom. The singer recently announced the dates for her upcoming tour which includes on show in London and another in Manchester. She has described her album ‘ArchAndroid’ as an epic James Bond movie shot in outer space. She has also revealed that she wants to be seen as a leader and a businesswoman in the future and feels that music has the power to bring people together. She also said that the objective of her music is to bring as many people together as possible through her music. Her album also features music from P Diddy and Chuck Lightning who are also the executive producers of the album. The tickets for the concerts in December will go on sale from October 1.

Pregnant Alicia Keys 'wants to teach her child about charity'

WASHINGTON - Pregnant Alicia Keys has said that it is important to teach her child about the impact ...

NEW YORK - The stars of reality television show 'Sister Wives', who are facing a possible felony ...

Michael Bolton: "Dancing With The Stars" Next Voted Out

LOS ANGELES (GaeaTimes.com)- "Dancing with the Stars" season 11 kicked off last week and on Mond...