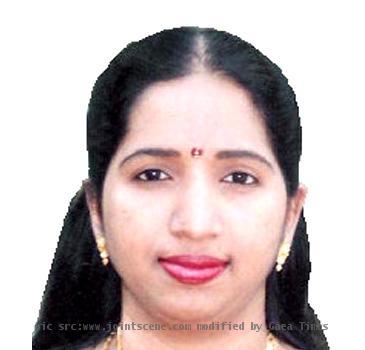 CHENNAI, INDIA (GaeaTimes.com)- The unexpected demise of noted South Indian singer Swarnalatha has taken the industry by shock and surprise. She succumbed to death at the shockingly young age of 37 yesterday at Chennai. MS Viswanathan the legendary music composer who gave the singer her break in film playback said that her demise is a loss for the industry. She sang in the movie Needhikku Thandanai and there was no looking back after that. Her friend vocalist Mano also said that she was one of the most talented singers of the present times.

Singer Swarnalatha was a introvert person who did not crave for the limekiln and let her work do the talk for herself, her friends in the industry said after the news of her demise was published. Even though she had many friends she rarely discussed her problems with them. Her friends also said that she used to suffer from some health problems at a young age. In her career spanning over two decades Swarnalatha had sung for the top music composers like Vidyasagar, A R Rahman, Ilayaraja and MS Viswanathan. She did not sing many songs for Bollywood but the gems like ‘Sunta hai’ in ‘Pukar’ and ‘Haai Rama’ in ‘Rangeela’ created sensation among the music lovers.

Singer Swarnalatha’s last rites are going to be performed today. She had got many coveted awards in her career for her unparalleled vocal skills and contributions to the southern music and film industry. She also bagged national award for her singing. The fans of the singer have expressed their grief in the social networking sites.

Another Loss in Tamil Film Industry