Another Loss in Tamil Film Industry 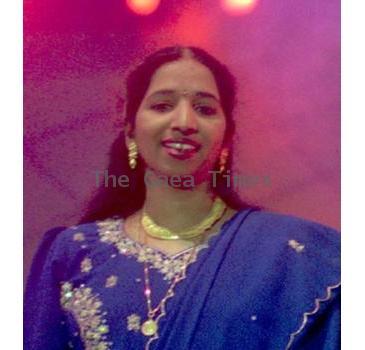 September 14, 2010 (Sampurn Wire): Last week, the sudden death of actor Murali blew the entire town out of waters and within next few days, another loss has appalled everyone in film industry. It’s the death of famous playback singer Swarnalatha. She passed away yesterday morning at a private hospital in Chennai due to a lung problem. Her family members mentioned that she was suffering from unbearable breathing trouble due to dysfunction of lungs.

Born in 1973, Swarnalatha surpassed all her contemporaries with her extraordinary voice and won both National and State Government awards for the song ‘Porale Ponnuthai’ in Karuthamma, which was composed by A.R. Rahman. She has worked in several albums composed by Isaignani Ilayaraja and A.R. Rahman.