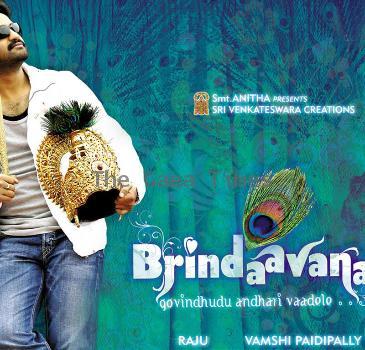 September 30, 2010 (Sampurn Wire): October is going to be a huge month for the Telugu film industry. Some of the most anticipated movies of Tollywood are going to release this October. On October 1 the audience will be able to feast their eyes on Rajnikanth’s ‘Robot’ and within a matter of 7 days we will be able to feast our eyes on two mega movies ‘Khaleja’ and ‘Brindaavanam’. However now it seems that Jr. NTR’s movie Brindaavanam has run into a bit of storm. Sources reveal that the release date of Brindaavanam might be postponed by 7 days due to unavoidable circumstances.

On the other hand, Producers of Khaleja have maintained that the movie will release on October 7 as per the previous schedule. Thanks to the new decision it seems that the Telugu film lover will get to watch three superhit films on the first three weeks of October. We Hope Brindaavanam becomes a huge success with the audience and consolidates Jr. NTR’s position in the film world.

Will Brindaavanam make a mark?

Brindaavanam will be released soon

Brindaavanam will be released soon

Enthiran gets U certificate

NTR Jr. To Appear as Lord Krishna In His Upcoming Flick