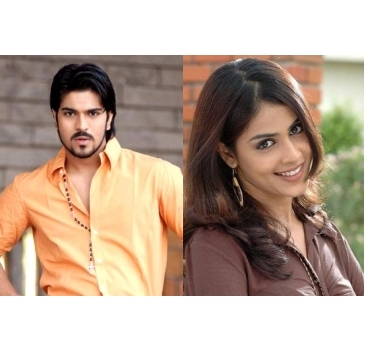 HYDERABAD, INDIA (GaeaTimes.com) — The Magadheera hero is back once again with his bang. Orange, the forthcoming movie of Ram Charan Teja is creating buzz among the cine goers. The much anticipated audio of Orange movie was unveiled yesterday evening at Shilpa Kala Vedika, Hyderabad.

Surprisingly, the lead casts of Orange movie, Ram Charan Teja, Genelia and Shazahn Padamsee were absent at the occasion.

Dada Saheb Phalke Award winner D.Ramanaidu unveiled the CD of Orange movie and handed over to the guest.

Orange is slated to release in mid November. Some sources assume that it will hit the theaters on November 19.