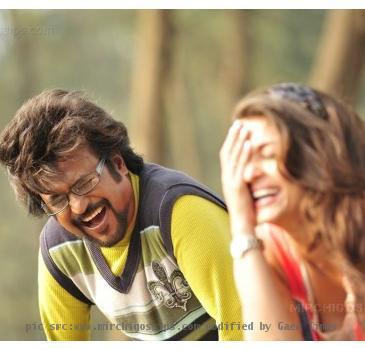 CHENNAI, INDIA (GaeaTimes.com)- While the “Endhiran” trailors revealed on the internet and its musical score have been building up a storm amongst the film fraternity not only in Tamil Nadu but also around the world, little do people know that Oscar winning music composer A.R. Rahman’s daughter is to be a part of the new film. Khatija Rahman, the eldest daughter of the Academy Award winner will for the first time lend her voice to one of the tracks, the music for which has been composed by her father himself.

The album which has a total of seven tracks, will feature Khatija Rahman’s voice in the first track of the audio cassette of “Endhiran”. The song ‘Pudiya Manidha’ is the opening number in not only the album but also the film where the ace musician’s daughter will pair up with S.P. Balasubramaniam. Like in every Rajnikanth film, this time too the opening song is believed to be a peppy number with pulsating beats provided by A. R. Rahman so that the Tamil audience can instantly get into the groove of a Rajnikanth movie.

Meanwhile the audio launch of “Endhiran” has already gone underway at the Putrajaya convention Center in the city of Kuala Lumpur in Malaysia. Everybody associated with the Shankar directed Rajnikanth - Aishwarya Rai Bachchan starrer was present at the gala event. A. R. Rahman was accompanied by his daughter Khatija Rahman on the red carpet of the audio launch. Though the reviews of Khatija Rahman’s voice is not known as of yet, the music of “Endhiran” has already earned rave reviews. The film has been made on a budget of more than 150 crores and people are awaiting its release in September.