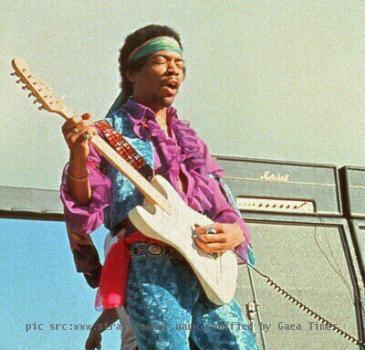 LONDON (GaeaTimes.com) — Phil Capone, a guitar tutor in Institute Of Contemporary Music Performance (ICMP) will be playing an exclusive masterclass as a part of the ” Hendrix in Britain” exhibition. The show has been organized in commemoration of the 40th anniversary of Jimi Hendrix’s death on Saturday, 2nd October.

Phil will be playing some of the licks, tricks and stylistic trademarks that made Hendrix one of the greatest musician of all time. Demonstrating various effects and sounds Hendrix frequently used, as well as transcriptions of classic Hendrix tunes, Phil will offer insight into lead and rhythm playing, as well as the harmonic thinking behind his playing.

The masterclass will be held at the Cumberland Hotel in Mayfair, London, where Hendrix stayed during his time in London, on 2nd October from 2 to 4pm. Tickets cost has been fixed as 15, which includes admission to the “Hendrix In Britain” exhibition.

For further details about ICMP or this gig, check out their official site.

Do you know Windows 7 command prompt offers access to more than 180 command line functions? If your ...

With perilous threats from crackers and script kiddes lurking in the network, IT administrators coul...

FireStarter is for Linux what ZoneAlarm is for Windows, a simple to use but fully functional firewal...

Programatically using ICMP Ping is a great way to establish that a server is up and running. Previou...

I am unable to use ZoneAlarm Personal Firewall as it proved incompatible with Asrock Motherboard. So...
Copyright© 2010 The Gaea Times