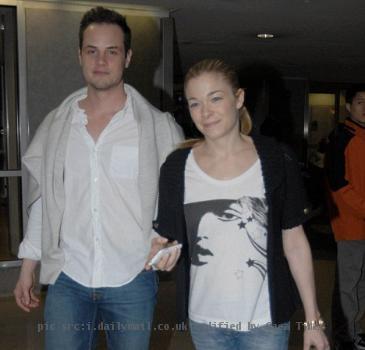 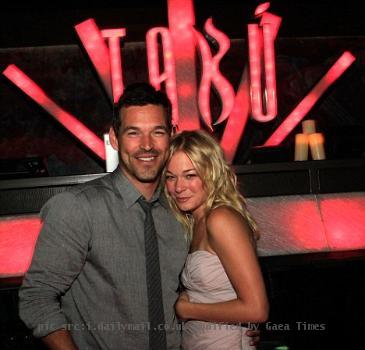 LOS ANGELES (GaeaTimes.com)- The American country singer LeAnn Rimes shocked her fans when she admitted that she had cheated on her husband Dean Sheremet in 2008. In her recent interview to a reputed media source, she opened up on her lief and her experiences to her fans and gave her reasons for calling it quits with Dean Sheremet. LeAnn Rimes is dating Eddie Cibrian for almost two years now.

LeAnn Rimes, in her interview to a reputed media source said that her relationship with Dean Sheremet was “great” but ultimately it was not a “fulfilling” marriage for either of them. The reason she gave for the failure of her marriage was that she thinks Dean Sheremet and LeAnn Rimes got married at a very early age. The Grammy award-winning singer said that as they grew older, they grew apart. However, the gorgeous country singer said that once she was considered as “America’s Sweetheart” and after she admitted that she has an affair with Eddie Cibrian, her fans were “disappointed” at her.

LeAnn Rimes also said that she thinks any relationship is hard to get out. She said that now she feels the way she came out of her relationship with Dean Sheremet was not “right”. However, “How Do I Live” singer said that she feels like she is finding herself “now”. The singer also added that people might have thought that she is selfish, however, she feels that there are times in life when one has to be selfish in order to find out true happiness. LeAnn Rimes is presently living in with Edie Cibrian and his two children. Edie Cibrian was married to Brandi Glanville and the couple separated in July 2009.

BEIJING - Property prices in China are likely to drop by almost 20 percent starting March due to a s...

WASHINGTON - A new, highly sensitive investigative blood test may help predict the risk of he...

NEW DELHI - Organisers of a two-day conference on maternal and child health in the Indian capital Mo...

KATHMANDU - The Manipal Teaching Hospital run by Indias Manipal Group in Nepal stopped all but emerg...

AMRITSAR - Removal of barriers at international borders and collaborations between educational i...