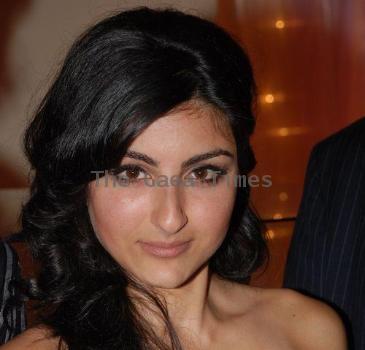 August 28, 2010 (Sampurn Wire): It was reported earlier this month that filmmaker Deepa Mehta has signed Soha Ali Khan for her upcoming movie Midnight’s Children, which is based on a novel with the same title by renowned author Salman Rushdie. Now, it is reported that the controversial author had recently come down to Mumbai to meet the actress.

Soha was very excited to meet the Booker Prize winner author Salman Rushdie as she was going to act in the film based on his novel. In fact, she was very happy when she got an important role in this international project.

An industry source was quoted saying that both the actress and the author bonded well when they met few days back. Rushdie was also very happy to know that Soha has been signed for a role in the movie. He met Soha to discuss the novel, Soha’s character and its cinematic adaptation.

The filmmaker Deepa has always kept Salman in the loop as she knows that he would love to know about the developments. Midnight’s Children is one of the best works by the author and he wants to see all the developments before the shooting starts.

Confirming the news, Soha said that she thoroughly enjoyed the author’s company when they met. She was delighted to know his perspectives and discussing things with him. She claimed to be a huge fan of Rushdie and informed that ‘Midnight’s Children’ is one of her favourite books.

We hope Soha has taken some tips about her character from the author and it will help her to enact the role perfectly.