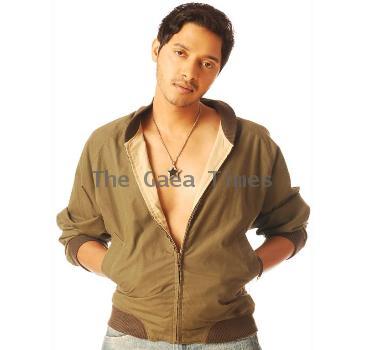 August 24, 2010 (Sampurn Wire): The Iqbal star Sreyas Talpade, who has earlier produced a Marathi movie titled Sanai Chaughade, is now going to co-produce a Bollywood movie titled Chemistry. Talpade has signed actress Soha Ali Khan to play the female lead in the movie and Sreyas himself will also act in the movie.

On the other hand, Soha is the girlfriend of Shreyas’ new friend, actor Kunal Khemu. Both the actors bonded well while shooting for the movie Golmaal 3. So, there is a buzz that Soha has probably got the role due to this personal bonding. Kunal and Shreyas used to get along well on the sets of Rohit Shetty’s Golmaal 3. In fact, Shreyas reportedly used to discuss his production Chemistry with Kunal during the breaks. Finally when the project started, Talpade could not think of any other name than Soha and signed her.

However, the spokesperson of Shreyas said that Soha was offered the role only because she suits it and no personal relation is the base of signing her.

Sai Kabir, writer of movies like Lamhaa and Kismet Konnection, is also making his directorial debut with Chemistry. It is a romantic comedy, which shows the chemistry between a next door boy with liking for kulfis and a girl with high ambitions.

Recently, Shreyas had launched his production banner Affluence Movies. It will be interesting to see how strong a chemistry Soha can build with her beau’s friend!