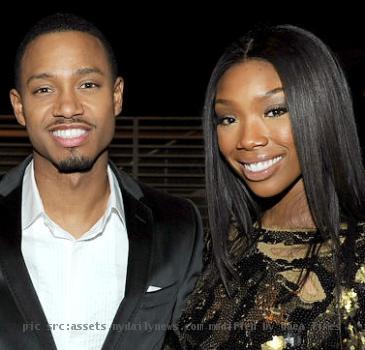 Brandy Norwood took to social networking site to rubbish all these rumors. The singer stated that the report of her pregnancy is hilarious. She also added that her pregnancy rumor would serve as a morning comedy story as well. On the other hand, a gossip portal reported that Brandy Norwood and Terrence J are seeing each other and the couple was spotted cozying up at a Los Angeles party. An eyewitness reported that the couple looked quite comfortable with each other and they even kissed each other at the party. However, Brandy Norwood said that she is not dating Terrence J but they are friends.

In one of her interviews, Brandy Norwood told a reputed celebrity and media outlet that she met Terrence J while they were shooting for “106 & Park” and since then they kept in touch with each other. “The Boy Is Mine” singer said that Terrence J is a nice person and they are friends for two years. Brandy Norwood previously dated Robert “Big Bert” Smith, Quentin Richardson and rapper Flo-Rida. The singer has a daughter Sy’rai Iman Smith with Robert “Big Bert” Smith.

WASHINGTON - A new study has brought scientists closer to solving one of the many mysteries of multi...

UAE students to get education via mobile

As No. 12 LSU visits a Florida squad adept at interceptions, Lee looks to show he's changed

Musical 'Catch Me If You Can' finds a theaterNEW YORK — Music by the Beatles will give way to a st...
Copyright© 2011 The Gaea Times