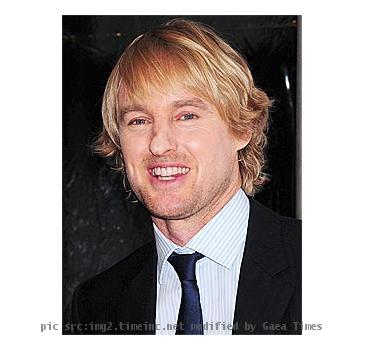 LOS ANGELES (GaeaTimes.com)- The birth of a baby is always a joy and the buzz is all the more when the parents-to-be are celebrities. Jade Duell, Owen Wilson’s girlfriend is expecting their first child very soon. Owen Wilson has won accolades for his role in many well-acclaimed flicks and now it is time for him to play an all-new and a different role, that of a father. Media reports say that the couple are very happy and excited with the bright new chapter in their lives. Owen Wilson’s representative made this announcement to the media recently.

Most Owen Wilson fans are surprised with this sudden news of his girlfriend Jade Duell’s pregnancy, since they were unaware of the fact that the actor was even dating. Jade Duell is presently in Hawaii with her actor beau where she intends to give birth. A leading magazine reports that the baby is “due any day”. It seems like the father-to-be is very excited with the news. Sources close to the couple say that Owen Wilson and his girlfriend is very eager to do everything as natural as possible to welcome the new member in their family. Owen Wilson, 42, is doing a good deal of research in advance and is keeping track of every detail of the pregnancy, as it is advancing. The sources say that Owen Wilson was over the moon when it was confirmed that Jade Duell is pregnant with his baby.

Going by the reports, Owen Wilson and Jade Duell have been dating each other for more than a year and this is their first child together. Previously, the actor remained under the limelight when he was dating Kate Hudson for a long time. He was also linked to singer Sheryl Crow.

WASHINGTON - A 2,700-year-old pyramid tomb containing royal burials and jewels was uncovered i...

At this palace hotel, you feel like a Nizam

HYDERABAD - Imagine relaxing in the private chambers of the Nizam, sitting in the splendid Durbar Ha...

LONDON - Former Spice Girl Emma Bunton has announced that she is pregnant with her second child. The...