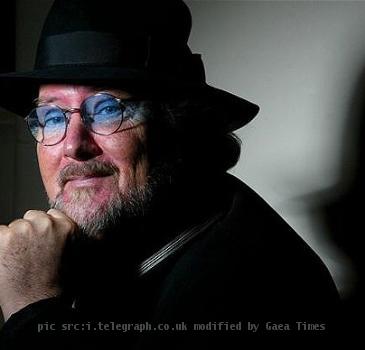 LONDON (GaeaTimes.com) - Scottish songwriter and singer Gerry Rafferty, who became a household name for the music lovers during 70s with his hit songs “Stuck in the Middle With You” and “Baker Street” breathed his last on Tuesday. His representative Paul Charles confirmed the news to the media. Gerry Rafferty’s agent said that the veteran music personality spent the final years of his life fighting against alcoholism. The “Right Down the Line” singer passed away peacefully at his home in Dorset, southern England. His daughter Martha was at his bedside. Gerry Rafferty was 63 years old.

Gerry Rafferty’s family has not commented anything about the funeral of the singer. However, some media outlets are of the opinion that the funeral will be held in Paisley, sometime later this month. His representative told that the singer had been battling against his alcohol problem and he was admitted to Bournemouth hospital owing to liver complications. After the announcement of his death news, Gerry Rafferty’s fans and who’s who of the music fraternity expressed their condolence. His fans took to social networking sites to pay their tribute to Gerry Rafferty and expressed their condolence at the loss of such a great personality. His wife Carla left him in 1990 for his alcoholism and erratic behavior.

Tom Robinson, a music presenter of a reputed network expressed his condolence and said that Gerry Rafferty will be greatly missed by everybody. He told a reputed media source that he is saddened to hear that the veteran singer has lost his battle with his “failing health”. He also said that Gerry Rafferty’s early works with the band “Stealers Wheel” is an inspiration to all the songwriters of 1970s.

ISLAMABAD - A 70-year-old American man has been arrested in Pakistan for allegedly carrying 30 ca...

LOS ANGELES (GaeaTimes.com) -- More than 4,500 people on board Carnival Splendor are stranded wi...

COAST OF MEXICO (GaeaTimes.com)- The mighty Carnival Splendor which is the Carnival Cruise Line...

NEW YORK, (GaeaTimes.com)- Lily Rabe is going through a hard time after her mother, Jill Clayb...

The stripper and the judge: FBI claims federal jurist used drugs, paid for sex with dancer