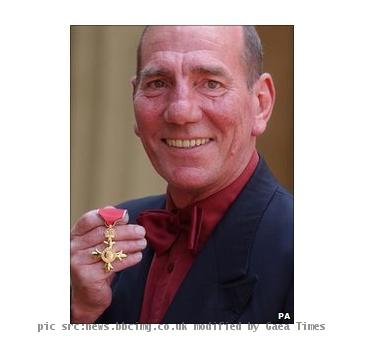 ENGLAND (GaeaTimes.com)- Highly acclaimed actor Pete Postlethwaite passed away on Sunday, leaving his friends and family mourn for his death. The actor was 64 years old and his spokesperson has confirmed the news of his demise to the media. The actor died peacefully among his close family members and friends at Shropshire hospital, west central England, Andrew Richardson, his longtime friend said on Monday. Pete Postlethwaite is survived by his two children and his wife.

Pete Postlethwaite’s representative said that the actor lost his prolonged battle with cancer and breathed his last on Sunday. Bill Nighy, the actor, who performed with Pete Postlethwaite at Liverpool’s Everyman Theater expressed his condolence and paid his tribute to the actor by saying that he was a remarkable man and a great actor. Bill Nighy said that he feels honored to be a friend of the actor and he has contributed a lot in the entertainment industry. According to the actor, Bill Nighy is “irreplaceable”. Andrew Richardson said that his friend Pete Postlethwaite was receiving treatment for cancer for a long time, however, in spite of his ailing health he carried on with his assignments.

Veteran director Steven Spielberg, with whom Pete Postlethwaite worked in notable films like “Jurassic Park: The Lost World” once called him the “best actor in the world”. In reply, the actor jokingly said that through his statement Steven Spielberg has meant to say that Pete Postlethwaite feels that he is the best actor in the world. The actor was treated for illness at e Royal Shrewsbury Hospital and he even paid his tribute to the staffs there. In his statement, he previously told a reputed media source that he is grateful to the staffs of the hospital for their wonderful treatment.

LONDON - A prominent bishop has sparked outrage by predicting that Prince William and Kate Middleton...

US couple set up website poll to decide on abortion

LONDON - A couple expecting their first child have launched a website, www.birthornot.com, to ask p...

Tearful Moya confirms he is hanging his racket

LONDON - Scientists have released three million genetically-modified (GM) mosquitoes in the Cayman I...

Brit manager 'spanks staff, asks them to grab his genitals'

LONDON - A Brit sales manager allegedly chased a female colleague around the office, put her across ...

WASHINGTON - Al Qaeda in the Arabian Peninsula (AQAP), the Yemen-based group linked to the US-bound ...

LONDON - Singer Peter Andre has come out with his new single, "Mercy On Me", and it seems he is talk...
Copyright© 2011 The Gaea Times