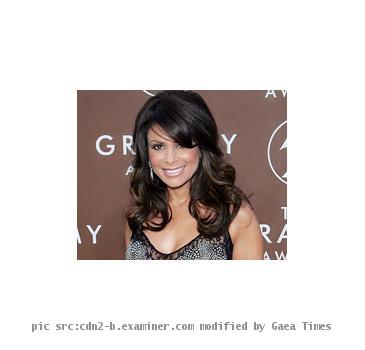 LOS ANGELES (GaeaTimes.com)- Paula Abdul, the well known television personality and former judge of “American Idol” appeared on “CBS Sunday Morning” show where she gave an exclusive interview for the audience. Known to be a notoriously private person, Paula Abdul did not divulge much of the details about her personal life but she clarified some of the misconceptions, which she felt that people might have after watching her on television. Moreover, the singer cum choreographer also said that she has always stayed away from alcohol and all other kinds of drugs in-spite of being in the show business for so many years.

Paula Abdul clarified previous rumors, which claimed that she she used to get drunk on the sets on “American Idol”. However, Paula Abdul said that she never had any drinking problem though she is in the show business for a long time. She also added that she had never been “physically drunk” in her whole life and at the same time she has never tried “recreational drugs” as well. Paula Abdul said that though she is a bit ‘goofy” but her funny personality in front of her audience should not be taken as her foolishness. The Grammy award-winning singer said that people should know that she has a brain and she is intelligent enough to handle things in her life.