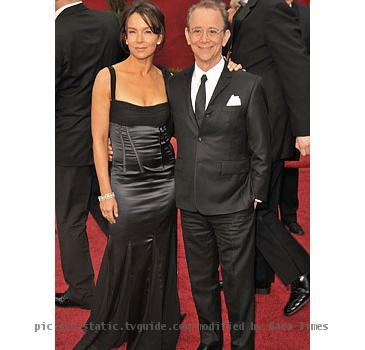 LOS ANGELES (GaeaTimes.com) — The legendary actor and the Academy Award winner Joel Grey appeared on week 8 of “Dancing with the Stars” that was aired yesterday. This one time “Buffy the Vampire Slayer” villain Joel Grey did not come to the event to dance but he came as a charming father to support his daughter in the show.

His daughter Jennifer Grey was under a thorough check-up before stepping in this competition. She was suffering from neck and spinal cord pain after she met with an accident few years back.

Joel Grey is very famous for the ‘Money’ scene from Cabaret! Jennifer managed to earn Season 11’s first perfect score in the show. His father showed up during the week’s rehearsals to give advice to Jennifer.

Antimatter atoms trapped and stored for the first time

LONDON - An international team of scientists working at CERN, the European Organization for Nuclear ...

LONDON - Manchester United's American owners have revealed that they will pay off their high interes...

Unmanned aircraft to look for life on Mars

WASHINGTON - A scientist has proposed the use of an unmanned aircraft to Mars to tap into an unknown...

PHOENIX (GaeaTimes.com)- The weekend has been a bittersweet one for Steve Nash's family ...

Brain chemical that regulates mood may have anti-diabetic properties