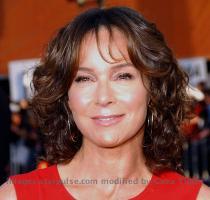 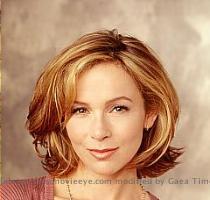 LOS ANGELES (GaeaTimes.com)- The amazing and peppy lineup of “Dancing with the Stars” season 11 was revealed during “Bachelor Pad” episode last Monday. The cast of the popular dance reality show includes veteran figures of entertainment, sports, stand-up comedy, reality show etc. The hosts of the show Tom Bergeron and Brooke Burke announced the names of 12 contestants who will match steps with the professionals in the series which will be premiered on September 20, 2010. The “Dirty Dancing” fame Jennifer Grey is one of the strongest contestants of this season.

Jennifer Grey was previously apprehensive to join the show as she feared that she will not be able to meet the expectations of her audience. However, later she changed her mind and joined the cast to overcome her fears. The other contestants of “Dancing With The Stars” include Grammy award winning singer Michael Bolton, Brady, stand-up comedian Margaret Cho, “Baywatch” star David Hasselhoff, Mike “The Situation” Sorrentino of “Jersey Shore”, Rick Fox, Audrina Patridge, Bristol Palin, talk show host and author Florence Henderson, Kurt Warner and Kyle Massey.