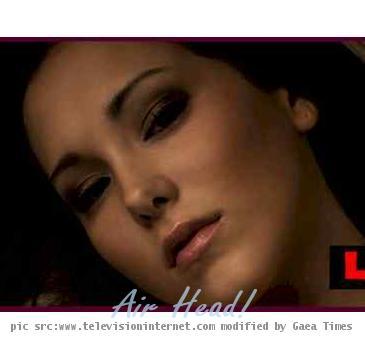 LOS ANGELES (GaeaTimes.com) — Playboy models are generally perceived as “light heads and heavy breasts”. That notion is not being challenged by Tiffany Livingston’s recent actions. The 21 year old centerfold model was recently questioned by authorities for alleged mis-behavior on a plane.

She was reportedly in the process of opening the door of a Newark bound JetBlue flight from Florida. It seems that she suffered an anxiety attack over a turbulence the plane ran into. She sprinted towards the emergency doors in order to open it and thereby putting the lives of all the passenger and crew in peril. Luckily two law enforcement official who were also on the plane saved the day. The off duty officers stopped he in the nick of time.

The plane was met with airport officials ass it landed on Florida. Tiffany Livingston who is famous for her sultry poses in the Singapore edition of Playboy is now being questioned by authorities on account of her lacking presence of mind.

PHNOM PENH - A government spokesman said Tuesday that 378 people had died and 755 were injured in a ...

MELBOURNE - The Australian police opened fire on an alleged bandit, sparking a chase that saw an off...

The most common myths about exercise

LONDON - Sweating it out in the gym by doing those painful sit-ups for a six-pack? Well, it may not ...
Copyright© 2010 The Gaea Times