Kendra Wilkinson Decides Not to Pose Nude for Playboy!! 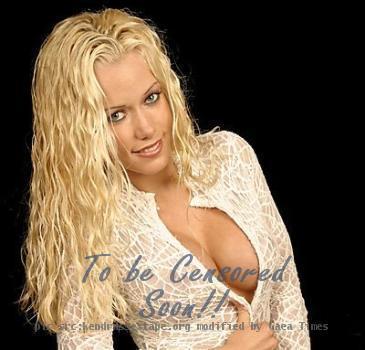 LOS ANGELES (GaeaTimes.com) — Bad luck boys! It seems Kendra Wilkinson is in no mood to shed clothes for you all, at least for now. She has been announced to be featured on the covers of Playboy, but without any nude pictures! can you believe it??

The reality TV star wants her fans to know that Playboy will feature some photos of her in December issues. But all of these photos were taken about two years ago, when she was still living at the mansion. Now she is struggling hard with the idea of posing for the magazine again. Kendra has decided, in part because of her relationship with her husband Hank Baskett, that she will not pose nude again for the magazine.

What do you think folks? Should she go for it once again? Or we are better off without her? Feel free to comment!!

THIRUVANANTHAPURAM - Operations of Doordarshan and All India Radio (AIR) were crippled in Kerala Tue...

AGRA - The century-old theatrical tradition of presenting Sri Krishna Lila for 10 days has seen a re...

My latest Playboy cover is not a recent shoot: Kendra Wilkinson

NEW YORK - Kendra Wilkinson shocked and confused fans by featuring on the cover of Playboy's Decembe...

THIRUVANANTHAPURAM - Akshaya, an innovative project in Kerala aimed at bridging the digital divide b...
Copyright© 2010 The Gaea Times