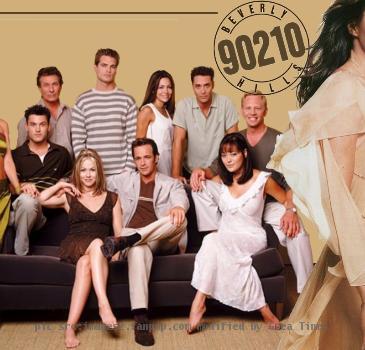 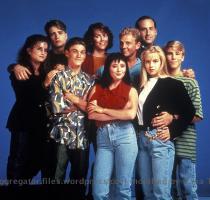 SAN DIEGO, CALIFORNIA (GaeaTimes.com)- Sept 2, Thursday, was celebrated in California as the 90210 Day, in honor of the one date that comes once in a century, coinciding with the zip code of the state of California. The celebrations centered mostly around the wildly popular teenage drama show, which borrowed its name from the Californian zip code, “Beverly Hills 90210″, and took American television by the storm throughout all of the ten seasons that it was aired. The show continues to run, albeit a revamped version, with a new cast and even a new name, a curtailed “90210.”

The celebrations of 90210 Day took place all over the state. CW network even went so far as to tweak their schedule for the day, arranging the timings so as to include a special episode of the current series. However, from some quarters a few grievances have been sounded, complaining that the celebrations did not do justice to the significance of the day. The complaint possibly rises from the fact that earlier, the celebrations were reportedly supposed to include a special reunion episode of the show, comprising the entire cast and crew of both the original and the current 90210 series. However, the plans reportedly got scrapped by the CW network.

However, this did not act as much of a dampener on the festive spirit of the day. Celebrations of the 90210 Day were on all over the state, although there was no parade included in the itinerary. A gala party was held in Beverly Hills itself, hosted by talk show host Larry King, and sources reported that the party would continue for four days.

NEW YORK - Heidi Montag and Spencer Pratt might be back together, but the couple's financial conditi...

Ian Ziering To Become A Father

LONDON - It looks like Ashley Cole is eager to get a replacement for ex-wife Cheryl - and he may hav...

September 23, 2010 (Sampurn Wire): Joe Jonas is working on his acting career and is presently work...

Joe Jones teams up with Tom Hanks for TV show

LOS ANGELES - Singer Joe Jones has revealed that he is working with Hollywood actor Tom Hanks on a T...

Brian Austin Green is madly in Love with Megan Fox

September 17, 2010 (Sampurn Wire): If you are married to the hottest Hollywood actress in the worl...