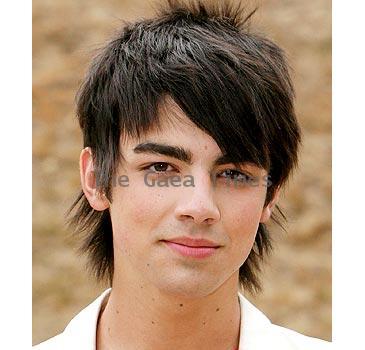 Joe Jonas, 21 will apparently play himself on this show. He would be seen accompanying the character played by Jessica Lowendes to a certain party for a publication where she has adorned the cover. It is also said that the character played by Joe Jonas will purportedly be there to pass a few pearls of wisdom to her character. He would thus be the friend as well as the adviser for Jessica Lowende’s character and it would be interesting to watch this lad impart knowledge and words of wisdom.

The character of Joe is going to appear on the show somewhere in the month of November. The drama that’s present in the show, ‘90210’ should be handled well by him.

He is a part of the popular Jonas Brothers. It’s a pop-rock band comprising of him and two of his brothers, Nick and Kevin. He presently stars as Joseph Lucas in the original series of Disney Channel entitled Jonas.

Joe was a part of a Disney Channel Original Movie, Camp Rock along with his brothers in which he played the role of the lead vocalist in the fictional band called ‘Connect Three’ He played the character of Shane Gray.

DETROIT (GaeaTimes.com)- The Main Card Lightweight bout yesterday in Detroit was rather a hear...

Obama would be 'in good shape' against Palin in potential 2012 Prez race: Biden

WASHINGTON - A 300 feet long wind tunnel that is the largest of its type in the world is situated at...