Ian Ziering To Become A Father 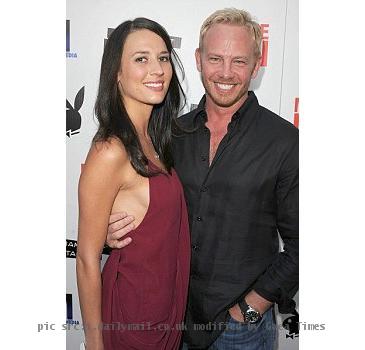 LOS ANGELES (GaeaTimes.com)- Former “Beverly Hills, 90210″ star Ian Ziering is surely a happy man these days. The much-acclaimed actor who tied the knot earlier this year, confirmed the news to a reputing news source recently where he also added that he and his wife Erin Kristine Ludwig are both extremely excited about the bright new chapter in their lives. The couple who have been married just for few months are expecting their first child together in the month of April next year.

While announcing the news that he is all set to assume responsibilities of fatherhood for the very first time, the 46-year-old actor told a leading media outlet that welcoming a child was something that he and his new wife always wanted and so they are highly upbeat about the fact that soon they would become parents of a baby girl. At the same time, the former “Beverly Hills, 90210″ star also revealed that his wife Erin Kristine Ludwig is four-and-a-half months pregnant and her due date is sometime in the month of April, 2011. Meanwhile, the fact that the newly-weds are expecting their first child has been welcomed by all the ardent followers of Ian Ziering.

Ian Ziering exchanged vows with his lady love in Newport Beach, California in the month of May after a brief courtship period lasting for only four months. Their wedding ceremony became the talk of the town as it turned out to be a star-studded event with celebrities such as Jason Priestley, Brian Austin Green, Jennie Garth gracing the occasion. The actor has been earlier married to former Playboy playmate Nikki Schieler.

'Kasab appears resigned to his fate'

NEW DELHI - The eight successive days of adjournment of parliament without any major business trans...
Copyright© 2010 The Gaea Times