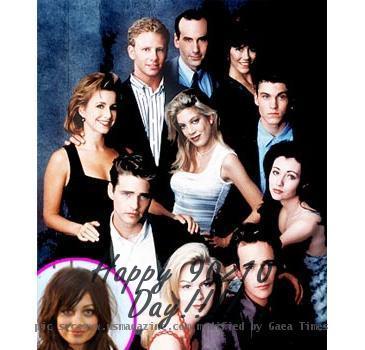 LOS ANGELES (GaeaTimes.com) — When some one comes up to you and wishes happy 90210 Day don’t be dumb founded. On September 9 2010 the date will look like 9-02-10. The special thing about the number is that it resembles the title of the classic 1990 show based on teens titled Beverly Hills 90210.

My Dad [would] be proud!

Incidentally her father was the established producer Aaron Spelling. He was also known for producing the iconic show Charlie’s Angels. He passed away in 2006 at the age of 83.

The show made the actors house hold names across America. The characters it established through its original ruin is still being rehashed today for the countless “Teen Movies”. The original run of the show is considered as an high point in American Television history.