Brian Austin Green is madly in Love with Megan Fox 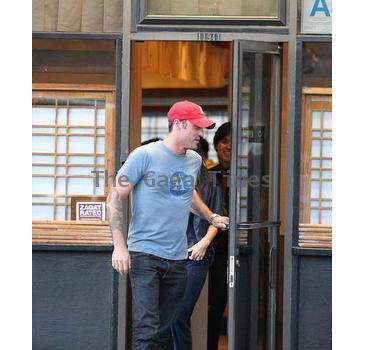 September 17, 2010 (Sampurn Wire): If you are married to the hottest Hollywood actress in the world would you ever date anyone else? Off course not! So it comes as no surprise when Megan Fox’s husband Brian Austin green says that he has never dated anyone else except his wife. In Hollywood, where celebrity couples keep breaking up every single minute, it is hard to believe that Megan Fox and Brian Austin Green have never dated anyone except each other.

The cute couple got married in June 2010 and now they might be planning to have a baby as well. Recently, brian said that the couple is very happy to have a family of their own. When he was asked about his (or his wife’s!) past affairs, he said that there were none. Yes, the ‘90210’ star says that they have never dated anyone else in their life and have always been faithful to each other.

Green also said that although it may seem strange that his wife is more famous than he is, he is comfortable with the idea. The actor said that he does not care if he cannot get enough meaty roles, because it just takes one good movie to turn one’s career around. We hope that movie role comes soon for Brian.