Justin Bieber Gets Boosted Up ! 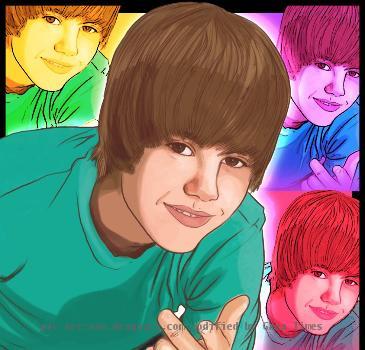 LOS ANGELES (GaeaTimes.com) — Heartthrob of millions — Justin Bieber is a music sensation who makes headlines even as he sleeps.

Bieber is now up to the front page again. This time it is a song sung by Justin that have been sped up by 800%. Previously, the song “U Smile” by Justin had been slowed down by 800%. Those who listened to the song were pretty much haunted.

But now when it has been boosted by 800% things have turned upside down. One can hardly figure out that it is indeed a song sung by some human voice. What can be heard is mere murmuring along with some sequential beats that can also be created by any cheap voice modulating software. It has been noted that speeding up by 400% also keeps the identity of the song in place. Post this percentage, what is left over is but noise.

In no ways the effort can be marked as success. Infact the name of Justin has been involved just to create the buzz. What is the song, except for the emotional outcome of notes through a human voice. Justin Bieber does it best in his own way. Modifying his songs only dilutes the magic created by Justin.