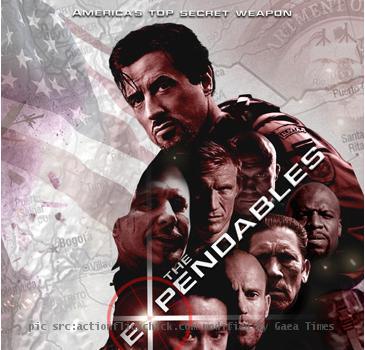 LOS ANGELES (GaeaTimes.com) — According to Dolph Lundgren, one of the stars of the recent blockbuster “The Expendables” Sylvester Stallone has matured as a director over the years. Dolph Lundgren previously worked with Stallone as the antagonist Ivan Drago in the classic “Rocky IV”.

The actor feels that Sylverster has become more thoughtful and mellow over the years. He invests more time to make sure that the actors understands the scene and what they are supposed to do. Dolph Lundgren in an interview also said that he had to ramp up his fitness regime in order to keep up with the physique of his younger co-stars like Steve Austin. He said

In this film I knew I had like Terry Crews, Stone Cold next to me and all those guys so I was like, ‘I better do some weights,’ you know? So I started doing some weights and got a little bigger, now I’m kind of leaned-out a little bit again. But, yeah, I had to match their arms. I didn’t quite make it, but almost

In related news “The Expendables” have been a mega success at the box-office. The film grossed almost $45 million dollars over the week end. For a movie that reportedly cost $80 million to make, this was a very successful result. Talks for a sequel is progressing steadily. According to rumors we may get to see California Governor Arnold Schwarzenegger in a full fledged role there.