Premier of ‘The Expendables’ Turns into Family Night for the Stars 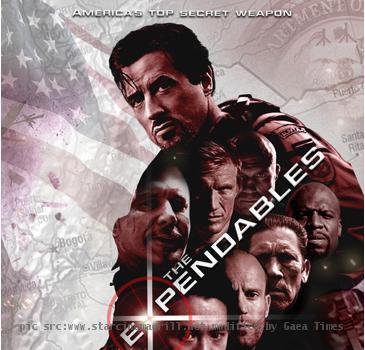 LOS ANGELES (GaeaTimes.com) — When you get action hunks like Sylvester Stallone, Bruce Wills, Arnold Schwarzenegger, Jason Statham, Jet Li, Steve Austin etc together in one movie, it cannot really be billed as a family-friendly movie. But that didn’t stop the stars to arrive at the premiere with their family members and have a great time. 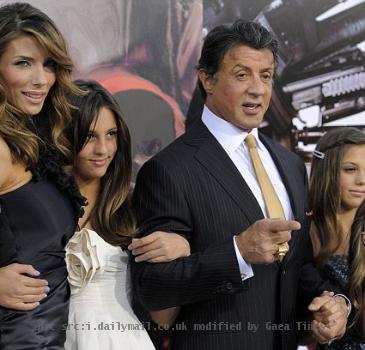 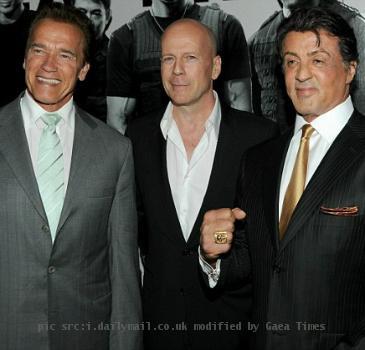 While Stallone, who both directs and stars in the film, arrived with wife Jennifer Flavin and their three children, Sophia, 13, Sistine, 12, and eight-year-old Scarlet; Willis was accompanied by model wife Emma Heming and eldest daughter Rumer.

The film is about a team of mercenaries, who head over to South America on a mission to overthrow a dictator. And despite featuring some of the most famous action movie stars of all time, Stallone said everybody involved in the making of the film started to get nervous when they started shooting.

With all these stars packed together in one film, we are sure in for a great action bonanza! What do you say about this?? Is it going to be a hit?? Or just another multi-starrer project down the drain?