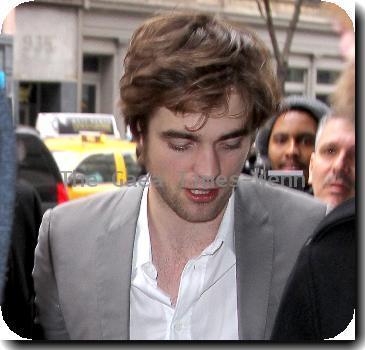 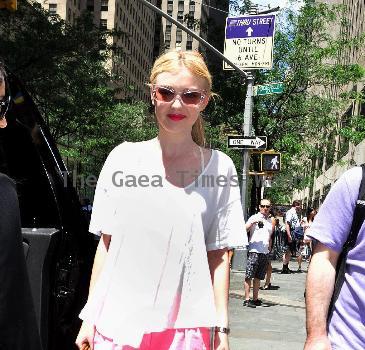 A moon-eyed teen must choose between her vampire lover and her werewolf pal, a decision she faces amid the ever-simmering rivalry between bloodsuckers and lycanthropes.

Wait a sec, aren’t we right back where we were last year on this whole “Twilight Saga” thing?

Yet with the franchise under new management again, this time director David Slade (best known for the hard-core vampire horror flick “30 Days of Night”), and a stronger story than the first two, “Eclipse” manages to do what its dreadfully dumb predecessors could not.

It almost makes believers out of those of us who don’t much care whether Kristen Stewart’s Bella Swan chooses vampire stud Edward Cullen (Robert Pattinson) or werewolf hunk Jacob Black (Taylor Lautner).

Almost. The trouble is, while “Eclipse” may not be dreadfully dumb, it’s still pretty dumb.

Slade and his collaborators use that to their advantage here and there, lightening up on the relentless gloom of the first two movies by making fun of some of the franchise’s silliness (why not slip in your own wisecrack about Lautner’s constant shirtlessness, rather than letting the audience snicker on its own each time he shows off his torso?).

Still, the filmmakers made “Eclipse” for the “Twilight” faithful, so while the movie’s a bit more light on its feet, it wallows in what fans love most, that whiny romantic triangle among a schoolgirl and her two beastie boys.

This time around, Bella’s dealing with all those transitional developments teens face — high school graduation, saying goodbye to classmates, whether or not to let her boyfriend turn her into a vampire so they can stay young, beautiful and broody together forever.

Her still-chaste dalliance with Edward and friendship with Jacob take on new strains as the Cullen vampire clan and the local werewolf pack join forces to battle the Newborn Army, which is far more formidable than the diaper brigade the name implies.

The Newborn Army is made up of newly bred vampires — who, in author Stephenie Meyer’s fantasy realm, are at their most powerful and bloodthirsty when fresh off the showroom floor.

Of course, the newborns are coming after Bella, as is her old enemy, evil vampire redhead Victoria (Bryce Dallas Howard, taking over the role played by Rachelle Lefevre in the first two movies).

And a band of Volturi, the uppercrust snobs of the vampire world, also are on the trail, led by Dakota Fanning in a slightly expanded role after her blink-and-you’ll-miss-her appearance in “New Moon.”

The cast of vamps and wolfies is getting too big to mention everyone, but all the key players are back, with Nikki Reed and Jackson Rathbone of the Cullen clan stepping up this time with some nice flashbacks detailing their vampire origins.

With returning screenwriter Melissa Rosenberg delivering her sharpest adaptation yet, Slade keeps the rather episodic story moving at a good clip, though things still bog down often enough in the same old routine. Bella begging Edward to turn her into a vampire, Jacob pleading with Bella to fall for him, Edward snarling at Jacob to stay away from his woman, Jacob snarling back.

Pattinson and Lautner at least have perfected their shallow mugging and one-upping, and they’re clearly having fun as Edward and Jacob try to out-sneer each other.

But enough quibbling. Meyer’s millions of fans know what they want in a good “Twilight” movie, and they are going to love “Eclipse.”

The bad news for fans: Only one more book left to bring to the big-screen. The good news: Meyer’s fourth installment, “Breaking Dawn,” is being split into two movies. More bad news: They’ll have to wait longer between chapters, with part one of “Breaking Dawn” due in theaters Nov. 18, 2011. More good news: Bill Condon, the guy behind the clever “Frankenstein”-themed “Gods and Monsters,” is directing the last two movies.

With the sharp improvement in part three, could “The Twilight Saga” actually grow a brain for its finale?

“The Twilight Saga: Eclipse,” a Summit Entertainment release, is rated PG-13 for intense sequences of action and violence, and some sensuality. Running time: 121 minutes. Two stars out of four.