Dakota Fanning sheds her innocent image for ‘The Runaways’ 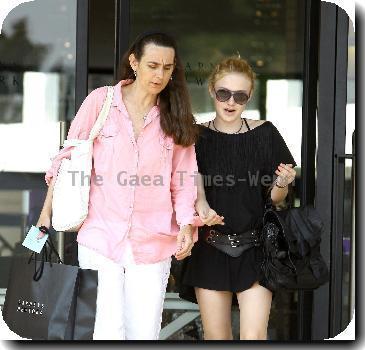 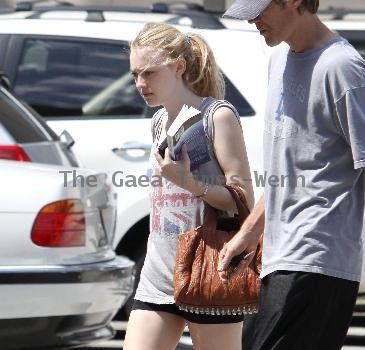 LONDON - Actress Dakota Fanning has shed her innocent looks and taken to the big screen in a corset and suspenders, snorting cocaine, popping pills and even sharing a lesbian kiss with Twilight actress Kristen Stewart in new movie ‘The Runaways’.

Fanning, 16, is playing real-life character, Cherie Currie, who was the lead singer of The Runaways, one of the seminal rock groups of the Seventies and the world’s first major all-girl rock band.

The teenage actress said that she wanted to do a more grown up role that was different from her previous movies.

“I am getting older and I wanted to do something I hadn’t done before,” the Daily Mail quoted her as saying.

“There are girls in the real world who are the same age as me and have already lived a very full life. Some come through it without a scratch - others get into a mess.

“I wanted to stand on the sidelines and see, from the perspective of my well-regulated life, what they go through, without getting hurt.

“For me, it’s acting. It’s the movies. I was comfortable because I can handle all that.

“For a lot of other girls who haven’t been so lucky, it’s a different story - it’s real and too many can’t handle the way their life turns out,” she added. (ANI)

One in seven US households faced hunger in 2009

WASHINGTON - At least one in seven households in the US faced hunger in 2009, with those getting eme...

Jack Russel chases terrified mountain lion up a tree in US

LONDON - A Jack Russel in the US chased a terrified mountain lion up a tree before it was knocked d...

WASHINGTON - A study has suggested that using social networking sites like Twitter as a tool in univ...

Democratic Party likely to retain control of US Senate

WASHINGTON - The Democratic Party is likely to retain control of the Senate, the upper house ...

WASHINGTON - Centers for Disease Control and Prevention has indicated that the number of fatal car c...

WASHINGTON - A new study has demonstrated that a plant-derived compound that is used to treat nicoti...
Copyright© 2010 The Gaea Times