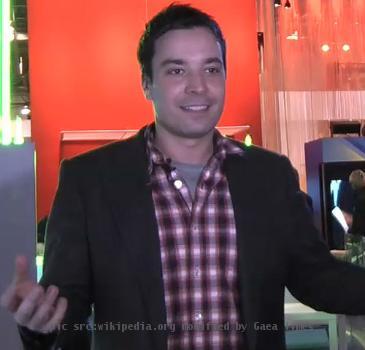 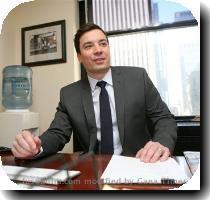 LOS ANGELES (GaeaTimes.com)- Jimmy Fallon and the cast members of ‘Glee’ opened the 62nd Primetime Emmy Awards 2010 with a pre-taped segment that set the theme for the rest of the night. The ‘Glee’ stars headed by Jimmy Fallon himself performed in the spoof of their own show. Several other stars such as Kate Gosselin and Betty White were also seen in the tape. The actors then did the backup for Jimmy Fallon and Randy Jackson as the host for the evening did a ‘Bruce Springsteen’.

There were also some surprise winners early in the evening who gave some hilarious speeches. First up was Eric Stonestreet who won the award for his role in ‘Modern Family’. He said that all he wanted to become as a kid was a clown in a circus and then went on to thank the team of ‘Modern Family’. Jane Lynch won the award for ‘Glee’. She gave a thought provoking but funny speech explaining what it was being an actor and why she loved it. She added that she loved to be a part of the ensemble and said that it was like being a Buddhist. She also appreciated the fellow nominees and added that she was a fan of all of them. Jimmy Fallon continued to take digs at the awardees and the actors who came up on stage making the night star studded and hilarious.

There was also some tough competition between ‘Modern Family’ and ‘Glee’ as both the shows had an equal share of awards in the first half of the awards. ‘Modern Family’, however, took home the Emmy for the best comedy and George Clooney was seen in another hilarious pre-taped segment with the cast members of the show.

SYDNEY - England fast bowler Stuart Broad has admitted that being hit for six sixes in an over by In...

PANAJI - "West is West", starring Indian actor Om Puri, will be the opening film at the 41st edition...

Is Palin cheating to get votes for daughter in 'Dancing with the Stars'?

LOS ANGELES - For the seventh consecutive time, Sarah Palin's daughter Bristol has been voted by v...