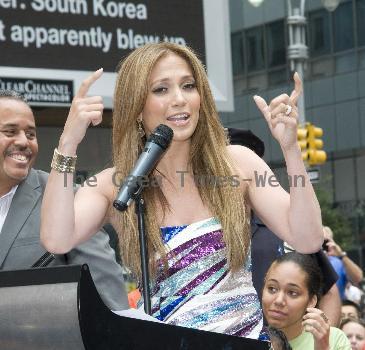 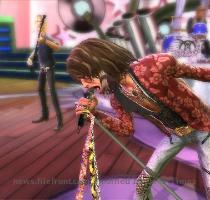 LOS ANGELES (GaeaTimes.com)- ‘American Idol’ host Ryan Seacrest has ended all the speculation with a press conference where the judges for the next season of America’s favorite music reality show were announced. Replacing the ‘arrogant’ Simon Cowell and Paula Abdul at the judges table will be the ‘Crazy’ star Steven Tyler and the gorgeous Latino Jennifer Lopez. ‘American Idol’ will be retaining long time judge Randy Jackson in season 10, which promises to be one star studded affair.

In the press conference, Steven Tyler appeared first after the announcement and spoke about his involvement on the show. He told Ryan Seacrest that he decided to be a part of the show because it was something bigger than him and also wanted to bring in some rock music to the show. Jennifer Lopez, who appeared next was called the ‘total package and triple threat’ by Ryan Seacrest and she spoke about living in the moment at the press conference. Randy Jackson also talked about the new American Idol judges and said that they were icons for the youth today.

The announcement of the ‘American Idol’ judges for the next season put to rest the raging speculation that started since Simon Cowell’s departure was announced in the finale of the last season. Stars such as Jessica Simpson, Justin Timberlake and even Nigel Lythgoe were mentioned in reports that were doing the rounds on the web. In a backstage interview, Jennifer Lopez said that she and Steven Tyler will bring in their experience from the music industry and teach the contestants the tricks getting success in the business.