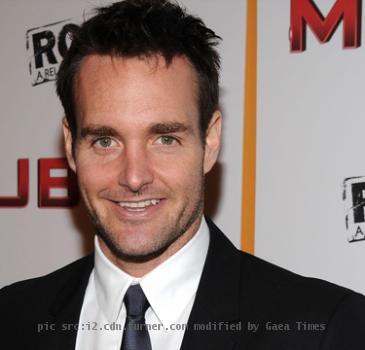 LOS ANGELES (GaeaTimes.com)- There is a sad news for “Saturday Night Live” aficionados as the cast member of the show, Will Forte will not be seen in the next season. A reputed media source reported that the American actor and comedian will not be back as a cast member when “Saturday Night Live” returns with new episodes this fall. However, the representative of the actor did not immediately comment anything about the matter.

The media sources reveal that the it is an amicable split from NBC as Will Forte will be concentrating in other projects after this. However, the media cannot specify the new projects which Will Forte is considering at this moment. Will Forte is best known for portraying the role of “MacGruber” and beside that he has done smaller roles in n “Beerfest,” “Baby Mama” and “Brief Interviews With Hideous Men”, to name a few. However, certain media sources has reported that Will Forte’s publicist has said that after eight great seasons “The Slammin’ Salmon” actor has decided to move on from “Saturday Night Live” to pursue new opportunities.

The publicist Will Forte Has also said that the cast member of “Saturday Night Live” is eternally grateful to the producer of the show, Lorne Michaels and to all the “incredible” people he worked with over the years. “Saturday Night Live” is a late night television sketch comedy and variety show developed by Lorne Michaels and Dick Ebersol. The show is popular among the American audience as it often parodies contemporary Culture of the United States and politics. It features a two tiered cast consisting of two kinds of members like the show’s original cast is called “Not Ready For Prime Time Players” and the newest cast members are called “Featured Players”.